Breaking News
Home / Bikers / WHAT IS IT LIKE TO BE PART OF A 1%ER BIKER CLUB?

WHAT IS IT LIKE TO BE PART OF A 1%ER BIKER CLUB?

Being a female, I can only describe what it was like being in the one-percenter culture, but not the actual club Members must be men.

But make no mistake: women who are the wives or girlfriends of these men still spend a great deal of time around club members doing club stuff.

My ex was a member of the Bandidos for several years.

Over the years, people in the one-percenter world would tell me their stories of how they had ended up being a Bandit or a PBOL, and I would see some distinct patterns in the lives of people drawn to the outlaw biker lifestyle.

Interestingly enough, I was surprised by the women in the culture, and their reasons for being drawn to it. The outlaw biker women are very much second class citizens in that testosterone-driven life. Everyone knows that. But what surprised me was these women still tended to be more loyal and devoted to the spirit of the brotherhood than most of the men who were actually in it. 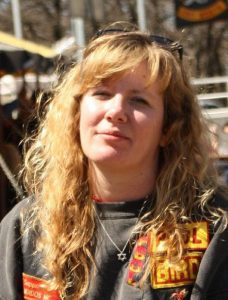 Many men and women enter this lifestyle thinking that every member in it lives by the creed of love, loyalty and respect between every brother.

It’s rather common for a large percentage of patched men to be out of the lifestyle with 5 years’ time of their patching out.

The lifestyle is expensive, and time consuming. Depending on where your ole man is in the hierarchy, you can either find it somewhat of a steady sort of hobby, or your life can be immersed daily in club stuff. Hobby members never last long, so if you manage to stay in it long enough, it consumes every part of your life.

Outsiders, called Citizens, once close friends, will fade away. The secrecy of all things club-related often makes Citizens feel somewhat insulted by their exclusion.

Previous Harley-Davidson Is Trying To Be “Cool” Again. Will It Succeed?!
Next 6 TV Shows and Movies Featuring Harley-Davidsons You Should Really Watch!

5 Tips For Getting Back on a Motorcycle After a Crash

Motorcycling isn’t a way of commute, it’s a way of life. It takes balls to …