Hiding in this wooden crate is something that our two-wheeled enthusiasts would find to be very interesting. Even if you prefer your action on four wheels, it is still something that is pretty interesting and is a link to a significant era in world history. Barn Finder Patrick S located this classic piece of equipment for us, so thank you so much for that Patrick. Located in Arden, North Carolina, you will find this collectible listed for sale here on eBay. It comes with a BIN of $13,500, but the option is available to make an offer. 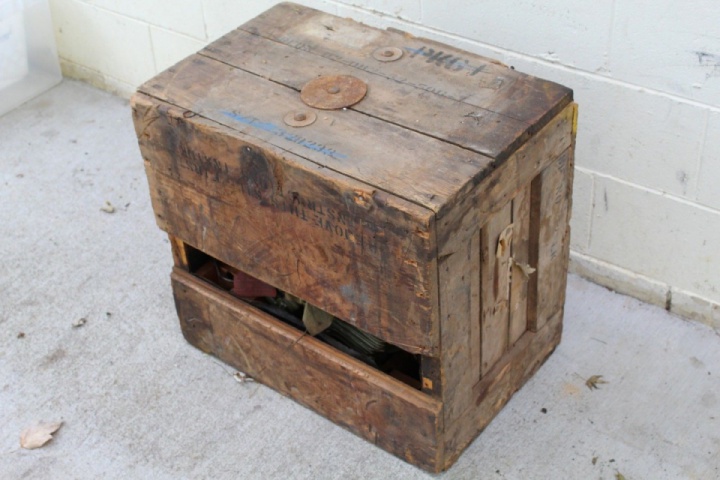 With a couple of panels removed from the crate, now we can get a look at what hides inside. This is a World War II Harley-Davidson flathead engine, produced for the US Army as part of the war effort. With a capacity of 45ci (740cc), the engine was standard fitment in the WLA model (along with the Canadian WLC). It featured very low 5:1 compression, allowing the engine to run on low-grade fuel. This engine was a spare that would’ve been shipped to the Army for a rapid engine change in the event of mechanical problems. It was packed into the crate after being checked and timed at the Harley-Davidson factory, so was essentially ready for fitment at short notice. 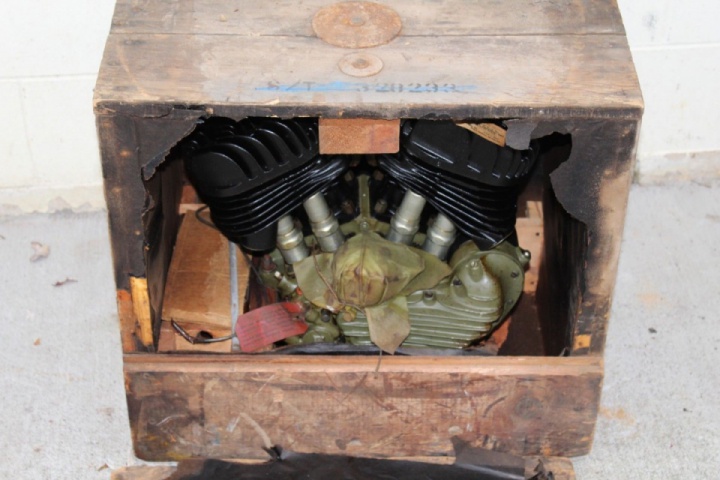 Included in the crate engine was a set of accessories that would be required to complete the engine before installation. The owner hasn’t unpacked anything, and how you see it now is as close as it has ever been from being removed from the crate. The owner believes that amongst the accessories is a brand new carburetor, which would be in the moisture-resistant waxed cardboard box that you see in this photo. This would have been pre-set at the factory, so that engine changes could be affected as quickly as possible in the field of battle. After all, time equals lives in those situations, so everything needs to be as efficient as possible. The engine also comes with an installation book, so that there could be no problems with executing a change-over in a hurry. 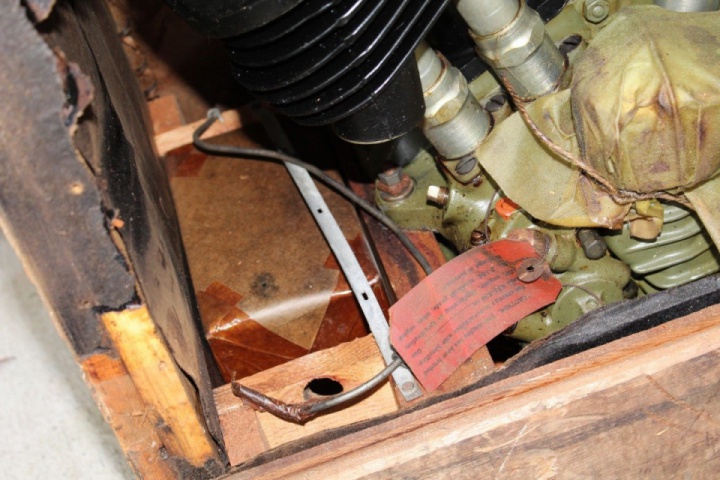 As their part in the war effort, Harley-Davidson produced 90,000 of the WLA model motorcycle for the US Army, plus derivatives for the Canadian and other allied defense forces. Many of these machines found their way into civilian use once hostilities ended, and the engine itself remained in production in slightly altered form right through until 1973. Production of the WLA model ended in 1945, but because it was a proven product, production restarted in 1949 and continued through until 1952 as part of the Harley-Davidson supply commitment for the Korean War. Therefore, they were not a particularly rare bike. However, finding an original, complete, and untouched crate engine would have to be something of a rarity today, and with an amazing 443 people currently watching the listing, I have no doubt that this engine will soon find its way to a new home.